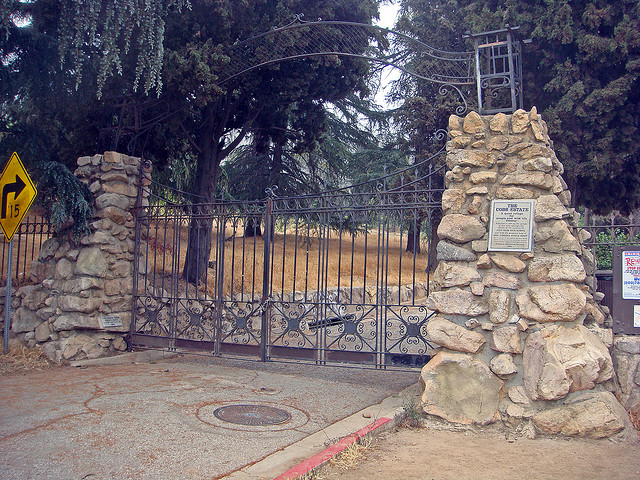 The Cobb Estate, also known as, “Haunted Forest,” is a 107-acre property located in Altadena, CA that is owned by the U.S. Forest Service. It was once owned by Charles H. Cobb, a wealthy lumber magnate, who bought the Altadena land in 1916.  He built the home as a summer retreat for his family and later it became their permanent residence.After he died in 1939, he deeded the land to the Scottish Rite Cathedral in Pasadena. It later became a retreat for the Sisters of St. Joseph and then it subsequently was bought by the Marx Brothers in 1956 as an investment property. The once beautiful estate remained vacant and became hot spot for criminal activity. It was demolished in 1959, leaving the ruins that remain to this day.The Marx Brothers attempted to turn the property into a cemetery but the community blocked this effort and it was later put it up for auction in 1971. Local preservation groups were able to raise the funds necessary to save the land from real estate developers who wanted to build tract housing. The land was later deeded to the U.S. Forest Service as a free growth Arboretum in 1967 under the condition that structures could never be built on the land.We will meet at bench to the left of the entrance gate.  Dogs on leash ok.  Rain within 24 hours cancel