Andrea Meyerson is on a roll 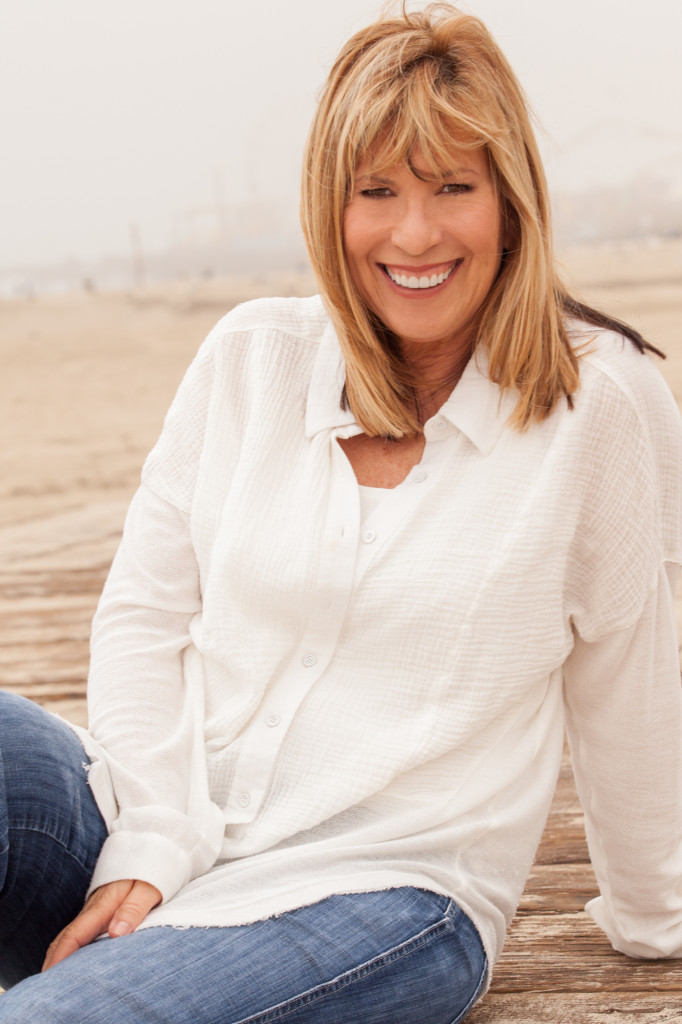 Originally published by Lesbian.com on 3/25/13.

Andrea Meyerson is the driving force behind Southern California’s premier lesbian social club Women On A Roll. Additionally, she is an award-winning filmmaker and the brains behind StandOut Productions. Meyerson caught up with Lesbian.com to discuss just some of her many projects and what is has been like to come so far.

Women On A Roll, nearly two decades old now, is said to be the largest lesbian social club on the West Coast, providing women/lesbians with a variety of events and trips specially geared toward them: cultural and sporting events, weekend adventures, amazing vacations and numerous other social opportunities. Did you ever expect to see it take off the way it has?

When I first started Women On A Roll (WOAR), my intention was just to meet other women who enjoyed bicycling. I would organize rides and always provide an opportunity to socialize afterwards during breakfast or lunch. I kept meeting women who seemed interested in doing other activities together so I started organizing more events — cocktail parties, dinners, art openings, theater outings, kayaking… Before long, hundreds of women were attending these events on a regular basis. I had no expectations when I put together that first bike ride in August of 1995 that this would happen but clearly there was a void in the community. I quickly realized that I wasn’t the only who was longing for more opportunities for women to connect and share unique experiences outside of the bar scene.

When the group takes weekends away or trips abroad, do you usually go along?

Absolutely! I put a great deal of work into planning these trips — custom designing every day and every activity and I want to be there to make sure everything goes smoothly. Women trust me with two very important things: their vacation time and their money! I want to make sure our trips exceed their expectations!

We have traveled all over the world together: Peru, Costa Rica, Fiji, France, Italy, Spain, London, Alaska, Provincetown, Key West, D. C. and all over California. We take between 25 and 50 women on each trip so it’s truly bonding experience for everyone, including me!

You expanded into Stand Out Productions in 1997, a complement to Women On A Roll. What’s the biggest crowd one of the acts has drawn? Who was the first big-name performer to come on board?

I decided to leave my corporate gig and launch StandOut Productions two years after launching WOAR. My passion for serving the LGBT community was overpowering and I decided to focus on that solely. When I first launched StandOut Productions, I spent many years producing fundraisers in the community and soon that led to producing shows. My first really exciting show was a benefit for the LA Gay & Lesbian Center. It was an all-female comedy show hosted by the late Nell Carter and featuring Michele Balan, Carlease Burke, Mimi Gonzalez, D.D, Rainbow and Suzanne Westenhoefer. We did two shows back-to-back, packed the theater and broke all fire codes! To date, it still remains one of my favorite shows. The first shows I produced that were much larger were with Kate Clinton in an 800+ seat theater and then Cris Williamson and Holly Near in a 1,200+seat venue. Some of the bigger names I have produced in the years following have been Wanda Sykes, k.d. lang, Indigo Girls, Rosanne Barr and Brandi Carlile.  Those shows range in attendance between 1,200 and 3,000, depending on the theater.

Having directed and produced nearly 30 movies, you’re definitely a familiar name in the industry. How did you first get into film?

I was very involved with Outfest: L.A. Gay & Lesbian Film Festival for many years. I had been producing their annual women’s fundraiser and helping with outreach within the lesbian community. During that time, I had an opportunity to meet many of the filmmakers. I was inspired by them and had an idea for a documentary. Ellen and Rosie had recently come out and it seemed that the world felt these were the only two lesbian comics. I LOVED that they came out but I wanted to pay tribute to the out lesbian comics I had been producing for years — Kate Clinton, Marga Gomez, Suzanne Westenhoefer and Karen Williams. These women were out from the very beginning of their comedy careers and I thought their honesty was extremely commendable and should be acknowledged and celebrated. They are very funny and I felt certain that the fact they were out affected their opportunities to gain a greater level fame – it certainly wasn’t from lack of talent. I’m thrilled that it’s getting easier to be out and proud in the entertainment industry, but 25 to 30 years ago, it was definitely a game-changer. I made “Laughing Matters” in one year and it premiered at Frameline: San Francisco Gay & Lesbian Film Festival to a sold-out audience at The Castro Theater. Suzanne, Karen and Marga were with me at the premiere — a very exciting night! The following month it played at Outfest where it won the Audience Award for Best Documentary. I guess I got the bug after that because I kept thinking of other films I wanted to make. So, in 2005 I filmed “Laughing Matters…More!”

Which was the most challenging piece you have worked on? Which would you say has had the best reception?

My newest documentary, “I Stand Corrected” was probably the most challenging. I worked on it for five years. It is my first film that isn’t about standup comics. The subject, Jennifer Leitham, is an amazing jazz musician. I originally was going to make a short film but once we started production and I learned more about her and her extraordinary career, I quickly realized it had to be full length in order to really share her journey. As a result, I think it has had the best reception. We have won nine awards — both audience and jury awards — and have been accepted into many mainstream festivals. That is definitely one or my goals when making LGBT films. I always want straight audiences to see them because I think it’s a great way to enlighten and create change.

You’ve just recently finished production on the short film “Seamless” which is the first narrative film you have directed. Where will we be able to see it, and what makes it exciting?

It was accepted in the Pride of the Ocean Film Festival so it will definitely be screened there! We’ll be going on an Alaska Cruise, August 18-25, 2013. It’s a wonderful film festival — I went last year with them to Bermuda and absolutely loved it. So much so, that we are offering it as a WOAR trip this year! It’s a great mix of LGBT women and men and even a few straight allies!

“Seamless” is a comedic short film with a great cast. In addition to Matthew Moore who is an accomplished standup comic and improviser, it stars Carlease Burke (“Shameless,” “In Her Shoes”) and Mindy Sterling (“Austin Powers”). It’s nine minutes of light-hearted joy and laughter!

Matthew Moore, the executive producer and writer, just started submitting it to film festivals so hopefully you’ll be able to see it at many of the festivals this year.

Your activism and involvement in the LGBTQ community is tireless. What would you call your biggest accomplishment so far?

Running a lesbian organization for 18 years!

Seriously, I am proud of the work I have done within the LGBTQ community. I spent many years fundraising and doing outreach for many of our nonprofit organizations and as a result raised over one million dollars collectively through the years. That’s a great feeling.

I’m nowhere near done doing this work. It’s my calling and I feel my greatest accomplishments are yet to come!

With all the incredible things you do, you must be impossibly busy! What’s your favorite thing to do on a day off?

Spending time with my girlfriend and my dog. I’m in a long-distance relationship so our time together is really precious to me. I love making popcorn at home (the old fashion way), and watching a movie on the couch together. And I still love bicycling!!

Any words of advice for other women looking to start big projects of their own?

Do it! Stay focused and committed until it’s completed no matter what challenges you encounter.